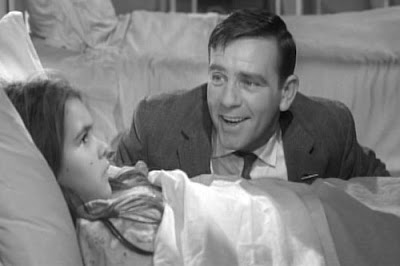 Amid causing untold havoc and disruption, a mischievous butcher’s assistant, whilst visiting his boss in hospital, takes a shine to a recently orphaned little girl, and promises to return to visit her again, in this oft brilliant, but generally inconsistent, Norman Wisdom star vehicle. However, his antics ensure that he is banned from ever stepping foot in the hospital again by its irascible governor... but a promise is a promise – especially to the big-hearted Pitkini. Inevitably, more chaos ensues, as he determines to see her again. Several sequences are quite inspired and wonderfully silly, but others prove rather tedious, and the film’s moral is somewhat fudged. Wisdom’s acrobatic clowning is generally excellent, though.
-- Iain Stott