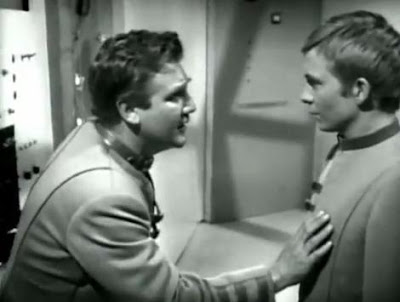 When the government decides to shut down a space travel-related psychological experiment – which had been running for some 50 years, with its unwitting participants mistakenly believing that they have been hurtling through space towards Alpha Centauri – a fiendishly intelligent young man, born on the faux station, becomes aware of the deception that surrounds him and sets about making a play for power, whilst the military’s man on the inside slowly begins to go native, in this talky, cerebral, and decidedly disquieting piece of science fiction. Houston and Hunter excel at the centre of proceedings in a pair of particularly well written parts.
-- Iain Stott