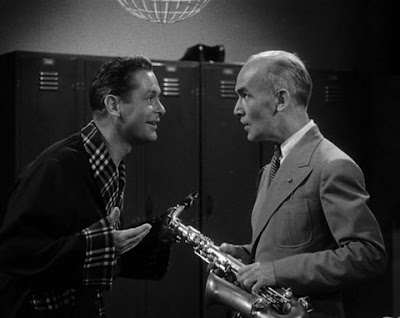 A talented prize-fighter, taken to heaven prematurely by an overeager messenger, is sent back to earth in the body of a murdered millionaire to see out his final 50 years. However, with love, boxing, and a murderous wife and secretary in his life, things run anything but smoothly, in Hall’s occasionally amusing, but generally rather tedious, comic fantasy. Although beautifully crafted and decidedly gorgeous to look at, wearisome plotting and unconvincing characterisation prevent the film from ever being anything more than (very) mildly diverting, with it only ever coming to life when the excellent Gleason is on screen.
-- Iain Stott