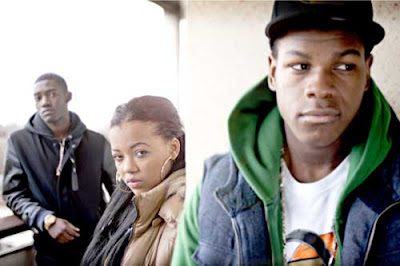 A 16-year-old boy meets a 15-year-old girl and begins to lavish attention and gifts upon her, little knowing that she has a violently jealous, gangbanging 17-year-old boyfriend, who is soon out for blood, in this well-crafted BBC drama, which depicts the build-up to the real life “honey trap” murder of Shakilus Townsend in 2008. Convincing performances, simple direction, and striking photography combine to painfully authentic-feeling effect.
-- Iain Stott