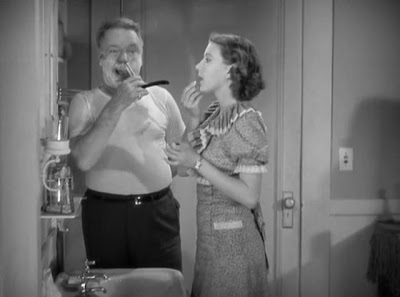 A hapless, henpecked shop owner finds his life disturbed by various employees, customers, children, and women – lots of women – and so decides, after receiving a sizable inheritance from his recently deceased uncle, to move to California to run an orange grove, but finds that his problems (his wife and kids) follow him, in this almost constantly hilarious W.C. Fields starrer. Fields himself is of course wonderful, but Howard’s screeching harridan almost matches him in the hilarity stakes, whilst the remainder of the women, children, and reprobates that make up the supporting cast also play their part.
-- Iain Stott