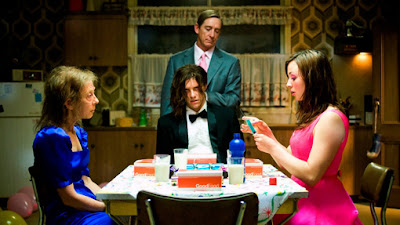 After politely spurning her invitation to the end of school dance, a teenaged boy, grieving for his dead father, is kidnapped by a deranged classmate and her loopy dad, who stage their own (decidedly bloody) dance for themselves, leaving his girlfriend and mother to frantically worry about his whereabouts, in Byrne’s imaginative but rather predictable Aussie horror film. Excellent production values and an inspired performance from McLeavy almost make it worth a watch, but much of the screenplay – particularly its subplots – feel rather undernourished.
-- Iain Stott