Record of a Tenement Gentleman (1947) 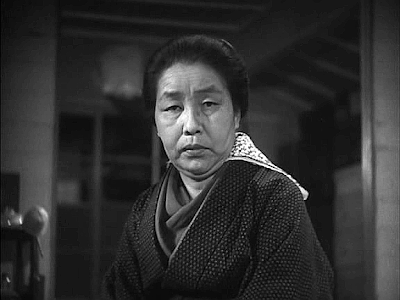 A grumpy widow reluctantly takes in a motherless boy, who appears to have been abandoned by his unemployed father, and slowly loses her selfish streak in the process as she gradually comes to care for him, in Ozu’s fun, but uncharacteristically unsubtle and disappointingly didactic, look at the post-war privations of a struggling Japanese populace. An excellent central performance from Iida and a scene-stealing cameo from Ryū (complete with song) make it more than worth a watch, but much of the moralising plotting disappoints.
-- Iain Stott