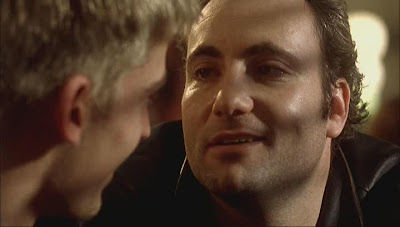 A 24-year-old law student takes a job as a nightwatchman at a mortuary, thinking that it will allow him plenty of time to study whilst making a little extra money, little knowing that it (plus a little extra-curricular one-upmanship with his best pal) would soon lead to him being the prime suspect in a series of depraved prostitute murders, in Bornedal’s oft creepy and occasionally brilliant but frequently illogical thriller. The direction is exhilarating and the performances generally fine, but the screenplay is full of plot holes and inconsistencies.
-- Iain Stott