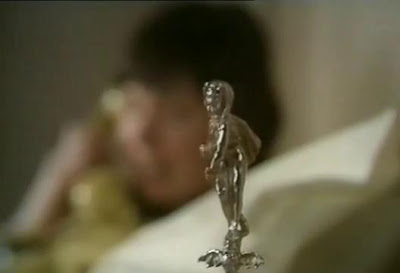 After being told by a gypsy fortune teller that his unborn son will bring forth Armageddon, a nuclear physicist begins to have apocalyptic dreams about just that subject, but refuses to believe that they are premonitory. His wife, on the other hand, is quick to believe, and begins to work with Madame Roma in a bid to stave off her unenviable destiny, in this intense yet enigmatic BBC play.
-- Iain Stott