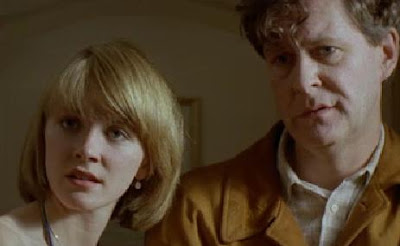 In this unpredictable, oft hilarious, and occasionally surprisingly affecting six-part serial, a mild-mannered 40-year-old teacher comes home from work one day to discover that his child bride (and the entire contents of his home) has disappeared. However, this is just the beginning of his problems, as he and his bitterly divorced sister soon find themselves multiple kidnap victims, mourning the imminent death of their terminally ill aunt, and inexorably caught between a pair of warring gangsters. Coming across like a remake of The Beiderbecke Affair (1985) with a Mockney gangster twist, this deftly acted comedy-drama thoroughly entertains throughout.
-- Iain Stott