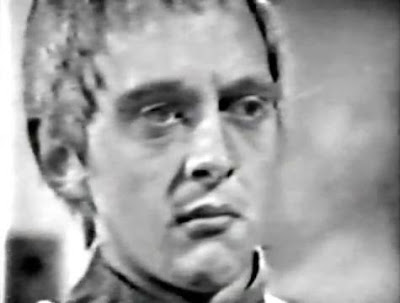 Officers on a ship returning from an uneventful trip to Ganymede come to believe that one of their crew has been replaced by an alien replicant, and desperately set about attempting to prove it before they reach Earth, in this gripping but ultimately vaguely disappointing BBC play. The performance of David Hemmings impresses, but the rather straightforward ending fails to deliver on the piece’s allegorical promise. Worth a watch, never the less.
-- Iain Stott