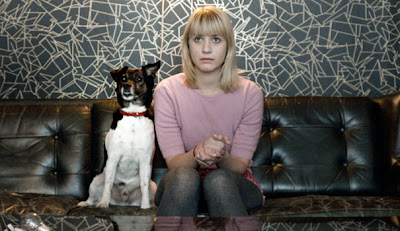 With the identity of her father always having been kept from her by her peculiar mother, a 22-year-old woman follows a lead to a local theatre to investigate its director, who seems a likely paternal candidate. Her investigations soon take a turn for the covert when her mother’s dog is offered a part in his current production – a part that subsequently, following the dog's mysterious demise, she herself is offered. However, with the play's cast and crew being populated by oddballs, things run anything but smoothly both for her investigation and the play itself. Sara Hjort’s canine-inflected central turn is the pick of a raft of excellent comic performances, in Genz’s gorgeously crafted, pleasingly odd black comedy.
-- Iain Stott