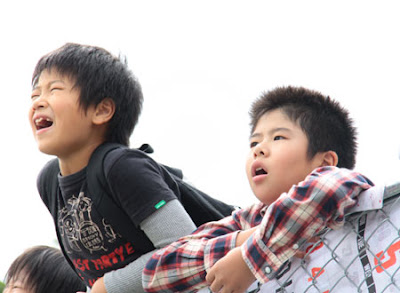 Two young brothers from a divorcing family, one living with the mother and the other with the father, plan to meet up at the point where two bullet trains pass one another, believing that witnessing such an event will lead to their wishes coming true, i.e. the reuniting of their broken home. Accompanied by a number of school friends, each with their own wishes at the ready, the two set out on their improbable quest, in this vaguely fantastical yet gently affecting kids’ adventure film. Warmer and more accessible than his previous features, Kore-eda’s brave stab at mainstream film-making often feels like a live action Studio Ghibli movie.
-- Iain Stott