The Immaculate Conception of Little Dizzle (2009) 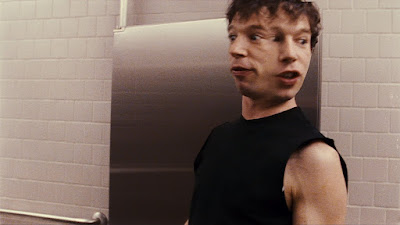 In Russo’s oft hilarious feature debut, a spiritually troubled data entry clerk-turned-janitor finds his life disrupted by an experimental, self-heating cookie, to which he and his fellow male cleaners have become addicted. However, the consequences of their gluttony are not ever-expanding waistlines and extra trips to the dentist, but vivid hallucinations and the incubation of immaculately conceived little blue fish in their intestines. Good comic performances, dynamic direction, excellent effects work, and some thought-provoking writing combine to thoroughly entertaining effect.
-- Iain Stott