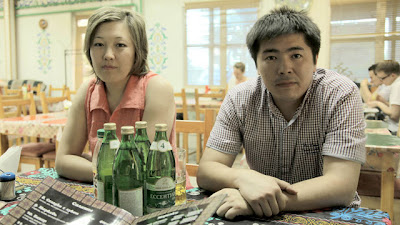 Following the format of Michael Apted’s Up series, Miroshnichenko and Jupp have documented the lives of a group people from across the former Soviet Union from the age of seven – just before the Communist empire’s collapse – to the present day, catching up with them every seven years to re-examine their development. Now well into adulthood, most seem rather disillusioned with the modern, cutthroat Russia in which they find themselves, with some pining for the old order of their childhoods. Despite some rather manipulative and obvious musical scoring, this brief documentary (the Russian version may well be longer) proves a worthy companion piece to its progenitor.
-- Iain Stott