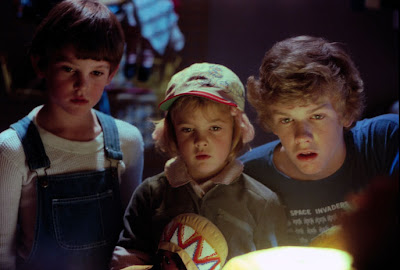 A small boy finds and befriends a stranded extra-terrestrial creature, and – aided by his brother and sister – attempts to help it contact its people and return home, but ill health and government interference hamper their progress, in Spielberg’s diverting piece of family-friendly sci-fi. The humorous, easy-going first half of the film provides plenty of undemanding entertainment, but as it progresses it becomes ever more overblown and sentimental, with Williams’s score proving particularly excessive.
-- Iain Stott