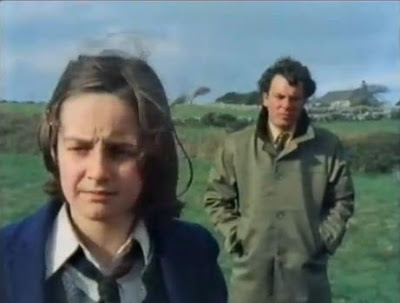 Two opposing philosophies come crashing together, when the easy-going Mrs Kay and the regimental Mr Briggs co-supervise a remedial class trip from their rundown inner-city comprehensive to the exotic locale of Conwy, rowdily taking in a transport-caf', the zoo, the castle, the beach, and the fair, in this bitter-sweet BBC play. Mostly played for laughs, the film is frequently hilarious, with some pleasingly earthy performances from the young cast. However, it is the piece’s sadder moments that live longest in the memory, with the encounter between Armstrong’s softening disciplinarian and Jones’s literally hopeless pupil proving decidedly devastating.
-- Iain Stott