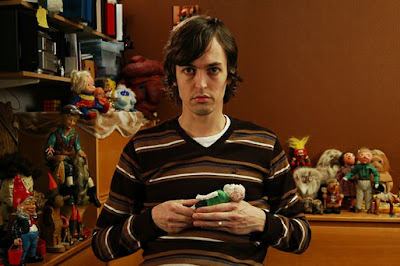 A television presenter and his camerawoman visit the studio of animator Johannes Nyholm – who for ten years has been making short films about an irascible clay figure, without ever showing them to the world – in order to profile him (before his big Los Angeles debut) for a cultural segment on an upcoming show. The interview starts badly and gets progressively worse, and when he dons a large rubber suit that mimics his creation things quickly turn to farce, in Nyholm’s hilarious short film, which disorientatingly blurs the line between fact and fiction.
-- Iain Stott