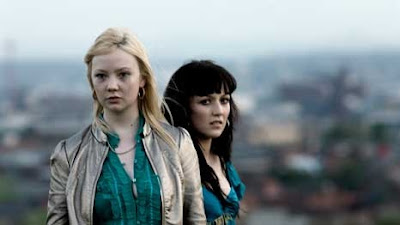 A teenaged girl, whose parents are never around, and a spoilt princess, whose parents are decidedly irresponsible, bond over their shared love of a Liverpool footballer. However, when news of a potential move to Real Madrid is announced, their adolescent infatuation turns to dangerous obsession, in Heymann’s diverting second feature. Well enough crafted with reasonable performances, the film is nevertheless a little too predictable to fully engage, and its frequent musical montages are also perhaps a little naff. However, the film’s vital but little mined subject matter manages to lift it above the mundane.
-- Iain Stott