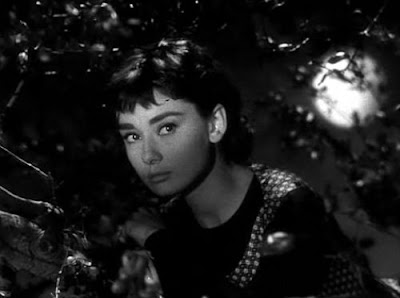 In Wilder’s sublime romantic comedy-drama, a chauffeur’s daughter returns from a two year stint at a Parisian culinary school determined, having blossomed into a woman in the meantime, to capture the affections of her father’s employer’s playboy son, who she had long since unrequitedly loved. However, with his upcoming marriage to the daughter of a potential business partner being of paramount importance to the family, his pragmatic elder brother seeks instead to woo her himself, and if possible ship her off back to France and out of harm’s way. Love, unsurprisingly, despite his cynical motives, soon rears its ugly head anyway. Bogart’s embodiment of a difficult role, Hepburn’s luminous turn, and some witty, insightful writing, all photographed strikingly by Lang, combine to decidedly enchanting effect.
-- Iain Stott