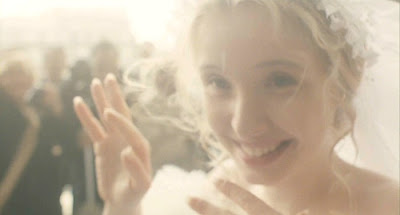 Unable to consummate their marriage, a timid Polish hairdresser suffers through a demeaning divorce from his sexy Parisian wife, and returns to his homeland a broken man. However, driven by his humiliation, he takes to the new capitalist Poland like a duck to water, and is soon making money hand over fist, with vengeance (or maybe love) never far from his mind, in this the second part of Kieślowski’s Three Colours Trilogy – the most straightforward and accessible and, as such, perhaps also the most entertaining part. Bathed in pathos and brought to life with gentle black humour, Zamachowski’s performance in the central role is absolutely wonderful. However, the film's pacing sometimes feels a tad rushed.
-- Iain Stott