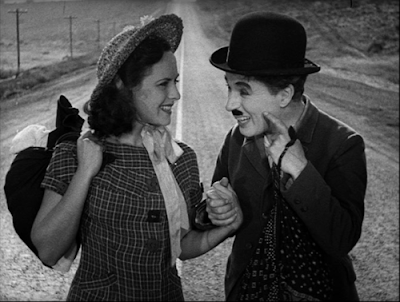 After suffering a nervous breakdown on the assembly line, a recently unemployed factory worker struggles to find his place in the world, and all but gives up on life when the prospect of a prison cell suddenly seems more appealing than his freedom. However, a chance meeting with a bare-footedly bedraggled waif reawakens his fight to survive, in Chaplin’s hilarious (mostly) silent comedy. Obvious but effective symbolism, charming performances, and some wonderfully inventive set-pieces combine to masterful effect.
-- Iain Stott