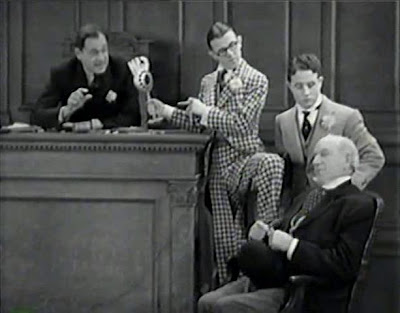 After an argument during their 29th wedding anniversary dinner party, a couple travels to Reno to seek out a divorce. However, things run anything but smoothly when they (unknowingly) both employ the services of Wattles and Swift, the town’s hottest divorce attorneys-cum-casino proprietors, who prove to be anything but ethical. Opposed daughters, murderously disgruntled ex-husbands of former clients, and work-starved business rivals complicate matters further, in this inconsistently entertaining Wheeler and Woolsey comedy. Though many of the gags fall flat, enough of the remaining ones prove sufficiently hilarious for the film to entertain from start to finish, with the two comedians proving good value throughout.
-- Iain Stott