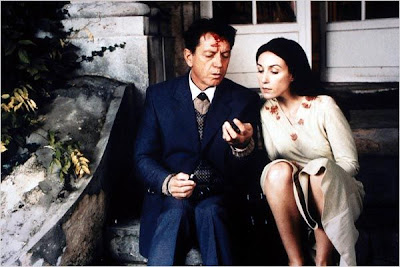 In order to get his hands onto the fortune left behind by his late wife, a high society widower arranges for a homicidal maniac to escape from a local insane asylum, so that he can murder his daughter and pass on her inheritance to him. However, with her being as batty as he is, things run anything but to plan, with the corpses of several other family members soon piling up instead, whilst the corrupt local police force sits idly by. Though reminiscent of Buñuel, Ruiz’s jet-black allegorical farce suffers in comparison, yet remains thoroughly entertaining throughout, thanks mainly to the wonderfully straight-faced performances of the well assembled cast. Zylberstein and Giraudeau, in particular, prove enthralling.
-- Iain Stott