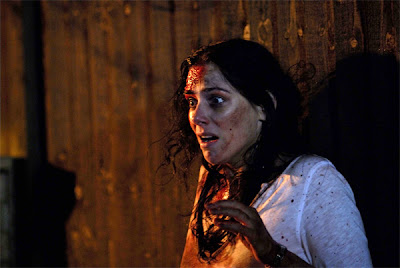 Just moments after her estranged teenaged daughter catches her in flagrante delicto with a strange man, sending the young girl fleeing across her sleepy cul-de-sac to a neighbour’s house in disgust, an ambitious lawyer suddenly finds herself witness to a brutal shooting and subsequently confined to her house by the perpetrators, a rampaging troop of soldiers, who appear to be hunting down someone or something that has been taking bloody aim at her neighbours. Fearing both the hunters and the hunted, and with only her one-night stand for support, she determines to be reunited with her daughter at any cost, in Gough’s claustrophobically visceral horror film. With its well-drawn characters and domestic setting, Salvage also proves, rather unusually, to be just about as affecting as it does horrifying.
-- Iain Stott