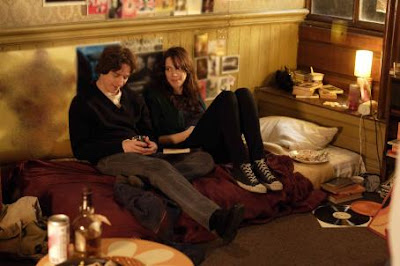 A working class lad from Essex with an insatiable thirst for knowledge enjoys an eventful first year at Bristol University, reading English literature, dominated by his winning of a place on the team for University Challenge – a television show that he had long since dreamt of being on, ever since watching it as a child with his now deceased father. However, the attentions of the opposite sex – in the form of a smart and pretty but shallow quiz teammate and an activist of the secular Jewish, non-Zionist, socialist variety – see his long held dreams begin to falter to somewhat, in this amiable but only merely diverting romantic comedy-drama. The performances prove charismatic and the characters likeable, but the plotting seldom convinces and is often a little on the ridiculous side.
-- Iain Stott