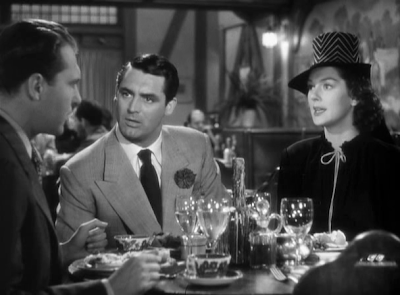 When an underhanded newspaper editor learns that his former top reporter and ex-wife is to move to Albany to marry a drippy insurance salesman, he manipulates her in to postponing her departure in order to cover one last story, that of a convicted cop killer who is due to be executed the next morning, and sets about, in the meantime, doing everything in his power to prevent her from leaving. Though hugely entertaining, this adaptation of Hecht and MacArthur’s 1928 play The Front Page improves on Lewis Milestone’s 1931 version in only one respect – star charisma. In other ways – direction, editing, supporting cast, irreverence, adult content – it falls slightly short in comparison. Generally wonderful, though.
-- Iain Stott