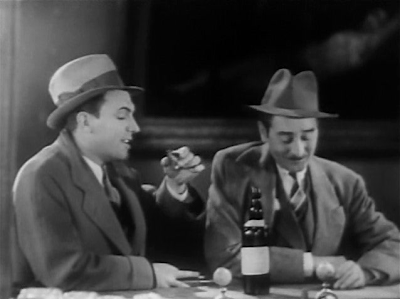 A hotshot reporter tells his underhanded editor that he is getting out of the newspaper game in order to marry and move to New York to work in advertising, but finds himself caught up in a big story that breaks when a convicted cop killer escapes from prison on the night before his scheduled execution, bringing forth tales of political corruption, tarts with hearts, and misunderstood anarchists. Vibrant, dynamic camerawork, imaginative editing, coruscating dialogue, and effervescent performances combine to irreverently brilliant effect, in Milestone’s hilarious screwball comedy.
-- Iain Stott