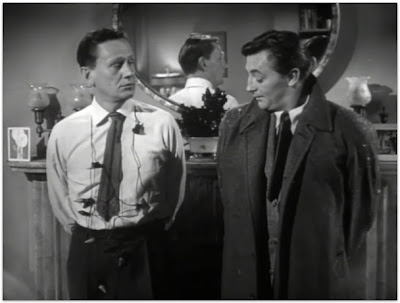 When a laid-back war veteran, working as a sales clerk in a large department store, loses his job for not reporting an attractive young widow for comparison shopping, the two of them end up spending the day together. And as they share lunch in the park, and he assists her through swathes Christmas shoppers as she goes about her work, they quickly form some sort of a bond. However, she already has a suitor, and a serious one at that – although one to whom her protective six-year-old son has never quite taken. Never the less, they pragmatically decide to go their separate ways, but happenstance continues to bring them back together. Populated only by nice people doing nice things – although admittedly against a backdrop of loss and heartbreak – and featuring four tremendously charismatic performances, this gently entertaining and oft delightful seasonal romantic comedy proves decidedly amiable throughout.
-- Iain Stott