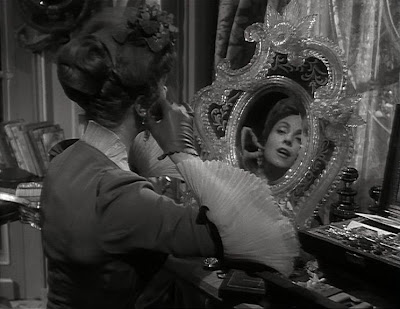 Needing to clear a debt, the wife of a military nobleman sells a pair of diamond earrings to a trusted jeweller, whilst pretending to her husband to have lost them. However, when said jeweller hears of her deception he approaches the respected general and sells them back to him. But rather than confronting her over her dishonesty, he instead gives them to his Constantinople-bound mistress as a parting gift. With neither of them expecting to see the earrings ever again, it comes as something of a surprise when they make their way back to the lady of the house as a gift from a much-travelled Italian diplomat, her latest extra-marital dalliance. Never the less – with much sex, lies, and broken hearts laying ahead – the jewellery’s journey through late 19th century Parisian high society is as yet far from done. Crafted with formal wit and elegance, and driven by charismatic performances, Ophüls’s handsome film, bar a few laugh-out-loud moments, proves, never the less, emotionally uninvolving, with most of its pleasures being merely surface deep.
-- Iain Stott