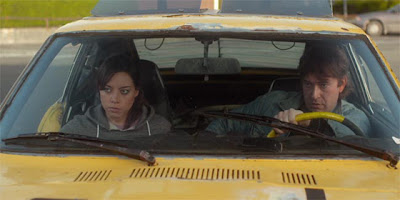 A journalist and two interns travel to a small coastal town to investigate the author of a personal ad that reads – "WANTED: Someone to go back in time with me. This is not a joke. You’ll get paid after we get back. Must bring your own weapons. Safety not guaranteed. I have only done this once before." However, their ostensible leader seems more interested in looking up a former sexual conquest and corrupting a shy young Indian than doing any real investigating. Never the less, Darius, the sole female member of their party, who is uncharacteristically up for the challenge, successfully applies for the position of time traveller’s assistant, and consequently comes to see something in the seemingly deluded object of their investigation that few others ever have, prompting her to fall for both him and his fanciful ideas. Generally well-crafted with some fine performances, Trevorrow’s divertingly amiable comedy is nevertheless a little underdeveloped in spots, often feeling more like a promising television pilot than a fully realised feature. That said, the notable turns of Aubrey Plaza and Mark Duplass more than hold the attention throughout.
-- Iain Stott