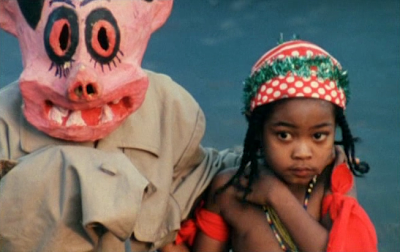 A woman reads from the letters of an unseen travelographer named Sandor Krasna, against the backdrop of his filmed footage of Japan, Guinea-Bissau, Cape Verde, Iceland, and the San Francisco of Hitchcock’s Vertigo, conveying to us his thoughts on – amongst numerous others – history, happiness, cultural divisions, and the mutability of memory. Consummately crafted, with the aid of the fictional trio of Sandor Krasna, Michel Krasna, & Hayao Yamaneko, Marker’s much imitated cine-essay transports its viewers not just to destinations exotic, but beyond in to the realms of the unknown, as it explores the unquantifiable recesses of human experience… erm, or something like that.
-- Iain Stott