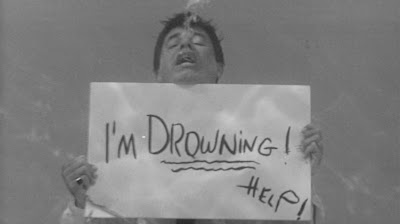 The board of a major Hollywood studio hires an idiotic man-child (Lewis) to work as an errand boy, in order for him to act as their spy and report back to them on any wrongdoings that might be taking place across the lot; but his clumsily inquisitive ways serve only to disrupt and tarnish the studio’s evidently already terrible output. However, when his comedic potential is spotted by a few incongruously talented individuals, his true worth soon becomes evident, in this oft inspired episodic comedy. Imaginative mise en scène, quietly potent satire, and a number of winning comic performances combine to decidedly hilarious effect, bringing wonderful life to the film’s patiently built, slow-burn visual gags.
-- Iain Stott