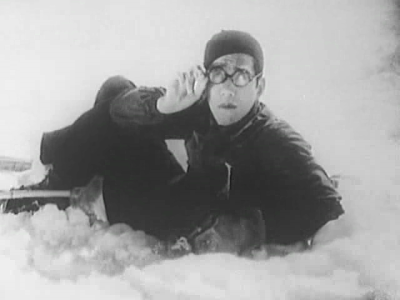 In Ozu’s gently entertaining student comedy, two university chums – one quiet and studious, the other brash and boisterous – have their friendship tested, when they embark on a post-exams ski trip and begin to compete for the attentions of the same girl (who they both know independently), little realising that she is there for a matchmaking meet with one of their other pals. Saitō Tatsuo’s world-weary turn proves the pick of some charming performances. Matsui Junko’s huge dimples and the judiciously used POV camerawork also prove memorable.
-- Iain Stott