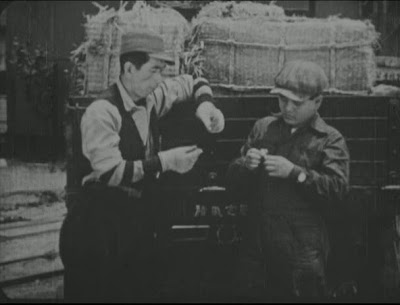 Two friends and work colleagues, who share a tumbledown shack, take in a homeless waif after they knock her down with their truck. For a while, all is happiness and light. However, as they begin to vie for her attentions, their friendship quickly becomes threatened. Never the less, when she leaves them to marry another man, parity is restored, in Ozu’s mildly diverting Laurel-and-Hardyesque slapstick short. But for Yoshitani Hisao’s amusing turn, the film proves quite forgettable.
-- Iain Stott