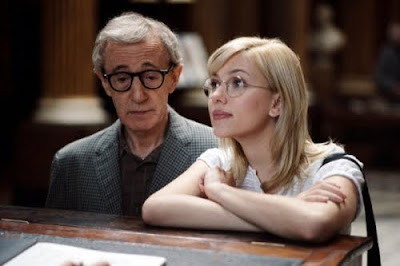 An American journalism student, summering in London with family friends, is tipped off by a recently deceased reporter that an esteemed lord’s son is in fact a notorious serial killer, and, with the aid of an irreverent American conjurer, sets about uncovering the scoop of the century, but finds her investigation hampered by inconvenient romantic stirrings, in Allen’s much derided but really rather fun comic mystery-thriller. Though the plot might not stand up to much scrutiny, the amusing performances of Johansson and, in particular, Allen somehow manage to carry it through.
-- Iain Stott