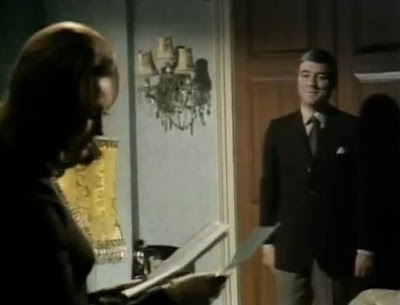 A murderous butler, who, assisted by a drunken struck-off doctor and a similarly amoral maid, slowly poisons his single, female employers in order to assume power of attorney, soon finds that he has bitten off more than he can chew, when he inadvisably decides upon a city-based, socially active woman for his next mark, in this mildly diverting little thriller. Though the distinctively voiced Jayston’s excellent performance more than holds the attention throughout, the whole thing proves just a little bit too straightforward and predictable to compare favourably to the best of Thriller (1973-1976).
-- Iain Stott