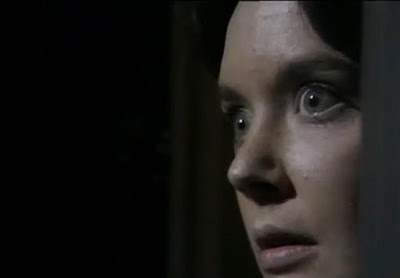 Appearing to be well on the mend, a young American woman is released into the care of friends after being hospitalised for several months with psychological problems following a brutal rape, but comes to believe, despite a suspect being in custody, that she has seen her attacker again, and sets about gaining vengeance, in this factually and psychologically unconvincing, not to mention rather predictable, but nevertheless strangely compelling, little thriller. Franklin, in the central role, does well with a difficult part, though.
-- Iain Stott