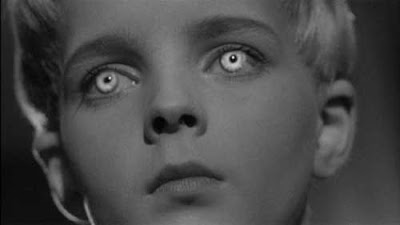 Soon after the entire population of a small village falls unaccountably unconscious for several hours, it becomes apparent that every one of its female residents of child bearing age has become pregnant. As the resultant blonde-haired children – all born on the same day – grow towards adolescence, it becomes clear that their connection to one another and their apparent telepathic powers are something to fear, leading the military and local populace to seek an (unlikely to be pleasant) solution to their problem, in Rilla’s creepy but inert piece of sci-fi. The film is generally well-crafted and the performances fine, but the talky script merely meanders towards its unearned ending.
-- Iain Stott