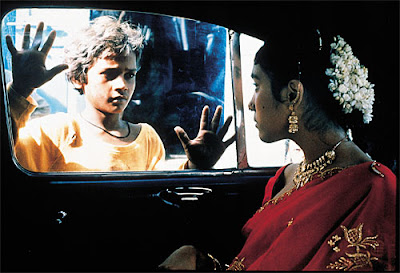 In Nair’s heart-breaking feature debut, a young boy living on the streets of Bombay has encounters with a heroin-addled drug dealer, a sixteen-year-old virgin sold into prostitution, and an unbalanced pimp and his prostitute wife and mistreated daughter, whilst he works away, hoping to save up enough money to pay off a family debt and return to his home village. A number of affecting performances, a bold use of music, and some rather idiosyncratic pacing and editing combine to powerful effect.
-- Iain Stott