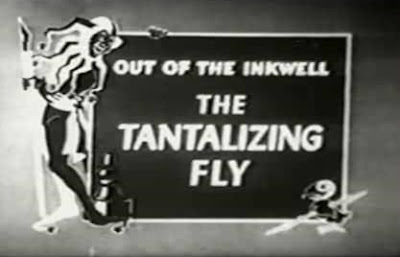 Drawing a picture of KoKo the Clown, Max Fleischer (and, subsequently, KoKo himself) becomes disturbed by an errant fly. Though aided by a fly swat, neither Max nor KoKo can rid themselves of this pesky insect, causing KoKo to flee back to his inkwell. However, he doesn’t count on the fly following him, in the Fleischers’ influential rotoscoped animation/live-action hybrid – one of their earliest Out of the Inkwell shorts.
-- Iain Stott