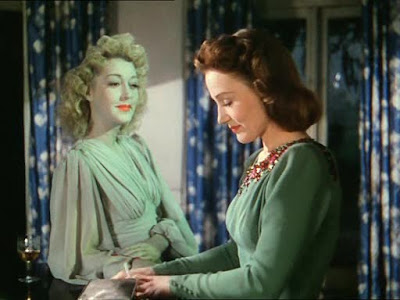 When a novelist arranges a séance with a seemingly batty old woman as research for his next book, little does he expect that the ghost of his first wife – much to the chagrin of his second one – will take the opportunity to return to their marital home and cause untold problems, in Lean’s hilarious, frequently insightful, and generally thoroughly entertaining adaptation of Coward’s playlet. The great playwright’s peerlessly pithy and risqué dialogue, wonderfully brought to life by the excellent cast, proves delightful, driving the film towards its pleasingly inevitable conclusion.
-- Iain Stott