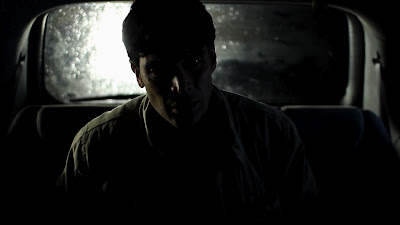 In Di Nunzio’s unnerving short film, which was inspired by Edgar Allan Poe’s The Tell Tale Heart (1843), a man explains to his arresting officers the reason why he murdered his wife and buried her in the woods, telling them that he had become murderously possessed with the thought that her eye had become infected with evil. Well-paced and strikingly photographed, with a chillingly convincing performance from Leo in the central role, this promising short has much to recommend it, but unfortunately the supporting performances are only merely adequate at best, whilst the score, in the early stages at least, often feels a little obtrusive.
-- Iain Stott