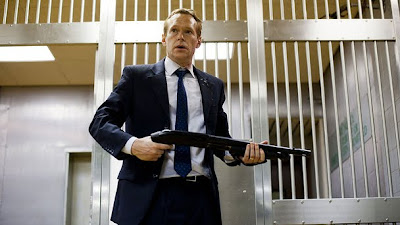 This engrossing BBC serial, which employs three intertwining narratives to depict the build-up to, the fallout from, and the execution of, a daring heist, tells the story of a crime through the eyes of three employees of a cash-counting warehouse – the inside men of the title, who plan and execute (with a little help from outside) the £170million robbery. Intricate plotting, credible characters, gentle social commentary, and some fine performances combine to winning effect.
-- Iain Stott