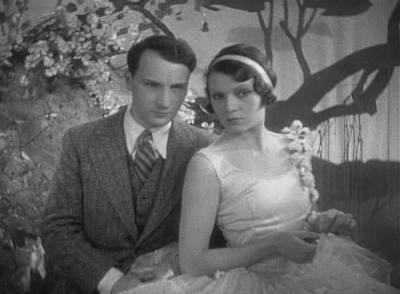 In Clair’s thoroughly entertaining and decidedly inventive musical comedy, a penniless artist, just as all of his creditors appear on his doorstep demanding to be paid, discovers that he has won a million guilders on the Dutch national lottery, but unfortunately, having left the winning ticket in his jacket at his fiancée’s flat, who, after a lovers’ tiff has given it away to an on-the-run thief fleeing from the police, who in turn has sold it to a prominent New York-bound opera star, he must put the champagne on ice until after he is able to track it down – a task complicated by the fact that a friend-of-twenty-years of his will stop at nothing to get to it before him. The performances are generally delightful, the sets and camerawork arresting, and the use of music and song – particularly to illustrate internal thoughts – strikingly innovative. Enchanting.
-- Iain Stott