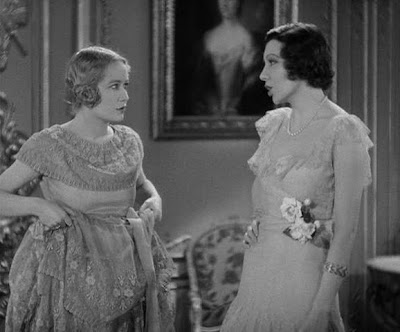 In Lubitsch’s wonderful pre-code musical rom-com, an errant smile and a misplaced wink lead to the unlikely (forced) marriage of a Viennese army lieutenant – who has been busily breakfasting with a sexy local violinist – to a visiting princess from a tinpot neighbouring country. And so, with him preferring a more earthily sexual bed-mate, her apparently prim-and-proper ways prove something of an impediment to their union’s consummation. Colbert and, in particular, Hopkins are delightful, as, respectively, the violinist and the princess, whilst Ruggles’s decidedly unkingly king elicits most of the laughs. However, Chevalier is, of course, merely Chevalier.
-- Iain Stott