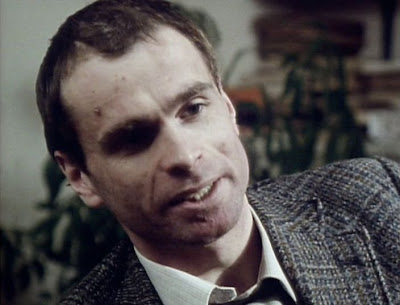 Every seven years (since they were seven-years-old) a group of people from across the class spectrum have had their lives scrutinised in Michael Apted’s fascinating but often somewhat depressing documentary series. Having reached the age of 35, most are now married with children and careers, with their lives pretty much following the paths that one would expect. And so, with this in mind, it is the decidedly atypical life of the emotionally troubled Neil Hughes that remains the most captivating and, conversely, troubling of those examined.
-- Iain Stott