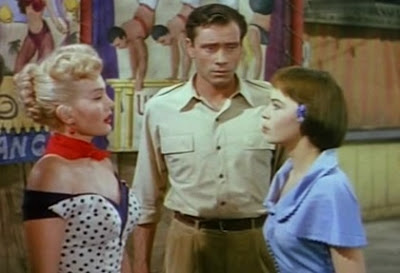 After falling for the dubious charms of a flamboyant magician, an orphaned 16-year-old girl takes a job in a carnival as a professional waif. However, her love proves unrequited, as his romantic attentions are drawn elsewhere. She does have an admirer of her own, though – her irritable, emotionally distant boss, who was once a great dancer, but is now reduced to interacting with the world through puppetry – a man who she understandably, though mistakenly, believes to hold her in contempt. Eventually, of course, in this charming though insubstantial romantic drama, love finds a way to right all wrongs. Walters's film has the look and feel of a musical, but only contains one song and a couple of dance numbers – all of which prove rather lacklustre. However, the performances of Caron and Ferrer just about pull it through, holding the attention throughout.
-- Iain Stott